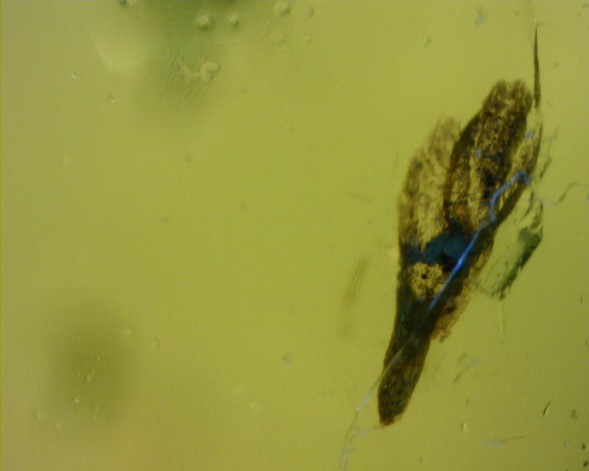 Madagascan copal, as with other copals, is a hardened, but relatively young semi-fossilised resin that has not undergone all of the chemical changes through ageing necessary to turn into true amber. It was produced by the extent Hyemaea Verrucosa tree. A tree that still grows in Madagascar and East Africa. It is considered by many to actually be a closer relative to the to the extinct Hymenaea Protera, which produced Dominican Amber than the existing Hymenaea Coubaril, which still grows in the Dominican Republic today, despite being thousands of miles apart!

It can be up to 1.8 million years old, but obviously, as the tree still exists, some of it can be much younger, some specimens have even been found be no more than 70 years old due to the presence of radioactive fallout traces that have been present in the atmosphere since the time of the first nuclear detonation. Generally speaking, the harder and tougher the copal, the older it is likely to be. It often contains inclusions, including insects and spiders but also occasionally things like Lizards and other larger animals!

Madagascan copal, as with other copals, is under-appreciated by many due to its younger age than amber. However, you can generally get much more and better inclusions for a lower price than you would a similar piece of amber. If good quality inclusions are your what you seek, and you are on a budget, copal is an excellent means of acquiring good specimens to study and appreciate.

Dishonest merchants will often try to pass off copal for more expensive amber, but a simple acetone test can determine whether it is a less mature resin that still contains very volatile organic compounds, or a mature amber resin that is more stable when exposed to chemicals like alcohol or acetone. This should NOT put off people from buying copal sold honestly for what it is at an appropriate price.

Copal will become sticky when a drop of acetone is placed on the surface, true amber will not.

Unbelievably, this was once burned as incense and used as an ingredient for varnish. Who knows how many fantastic inclusions were lost by being burned away?